OUR HISTORY. VILLA CAVALLI IN BRESSEO 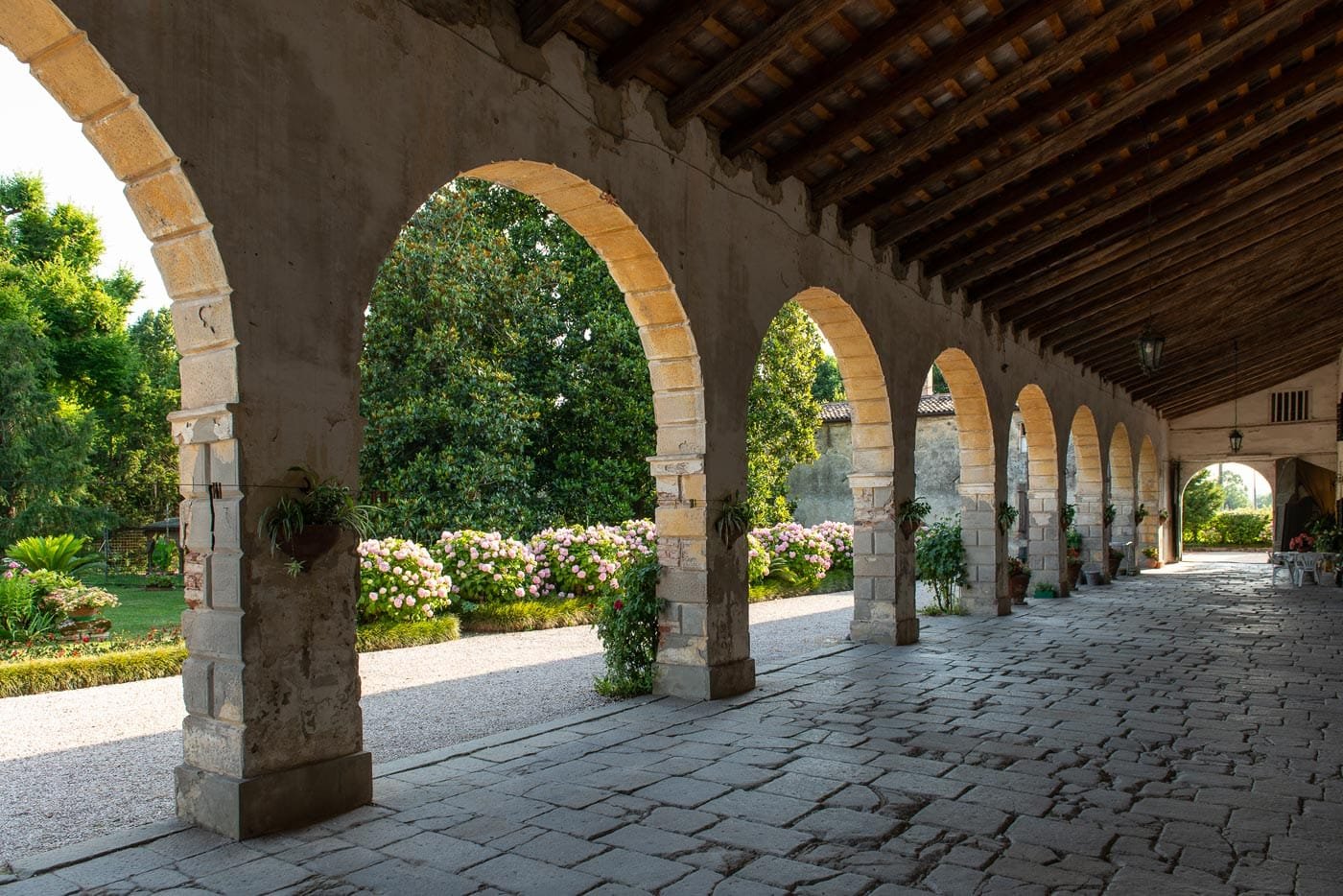 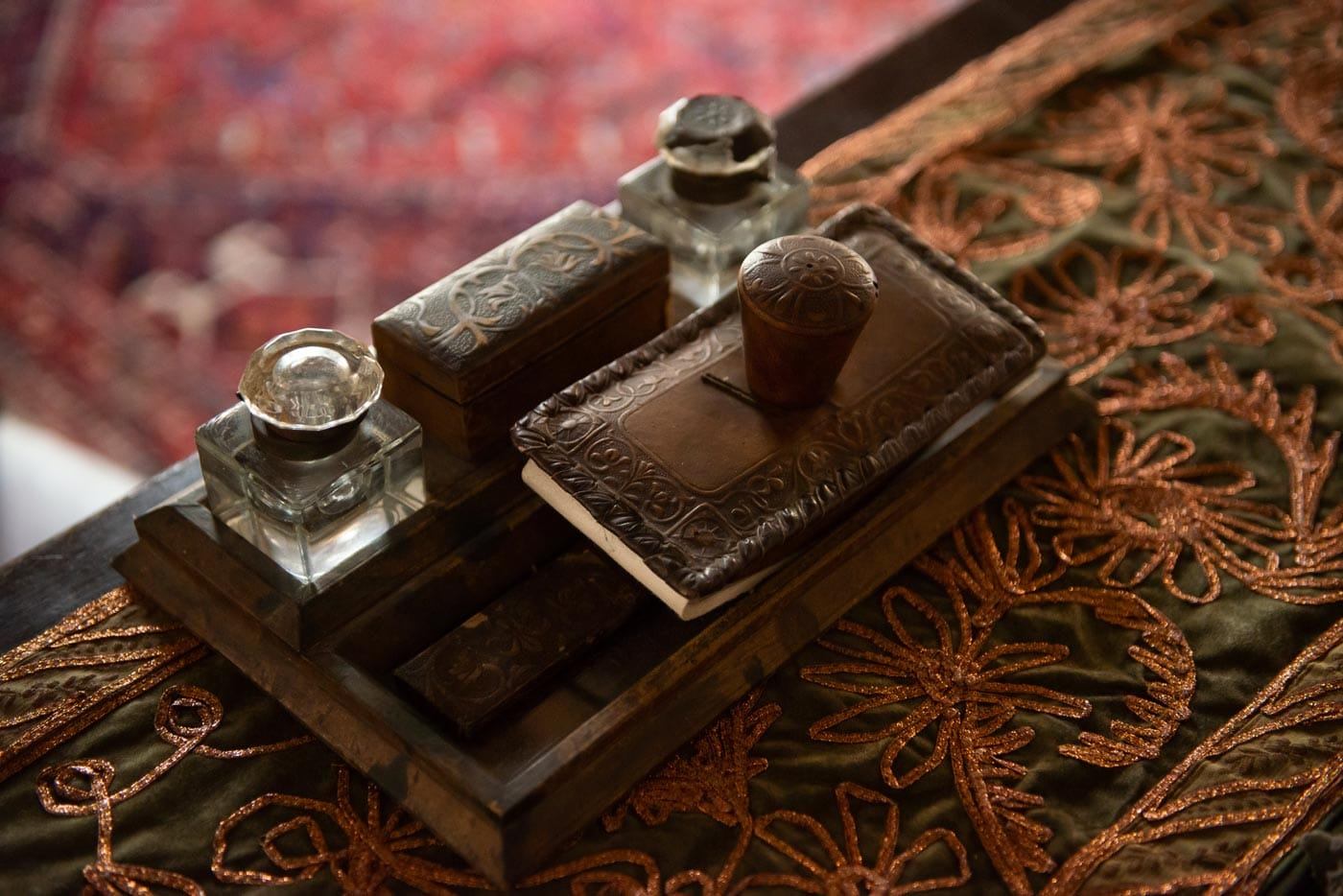 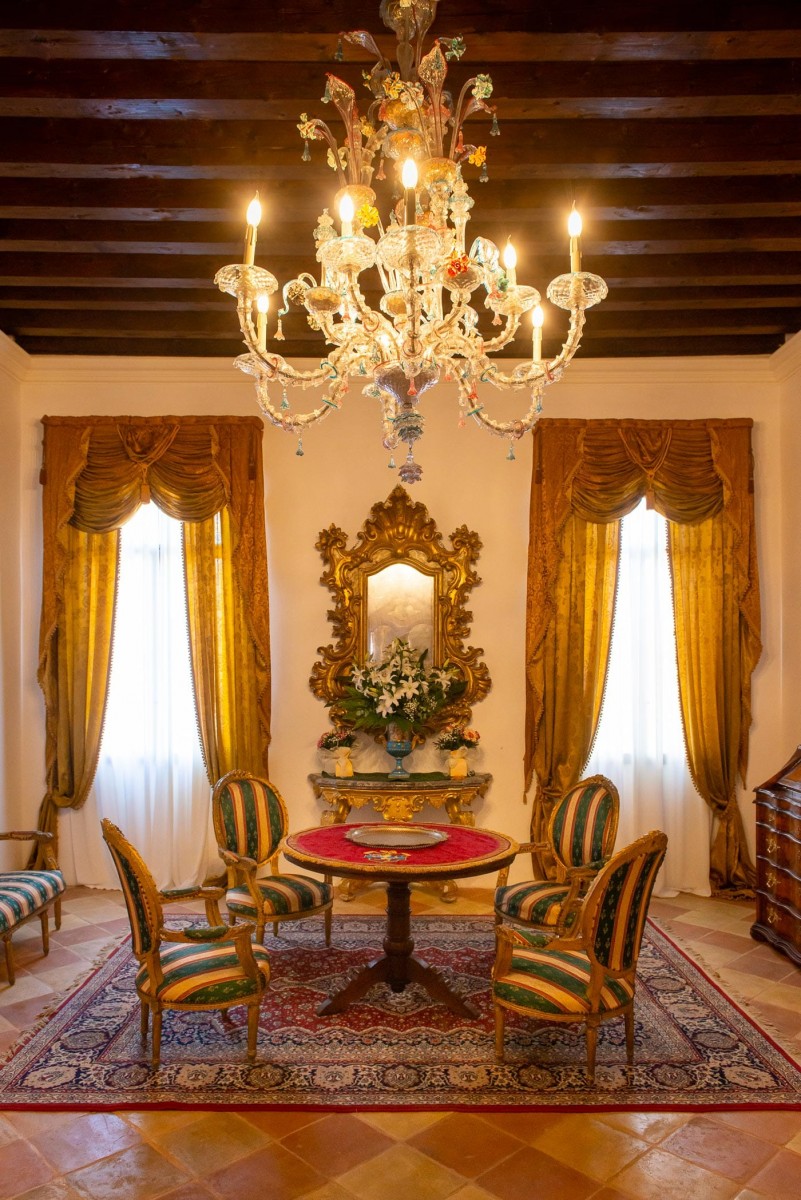 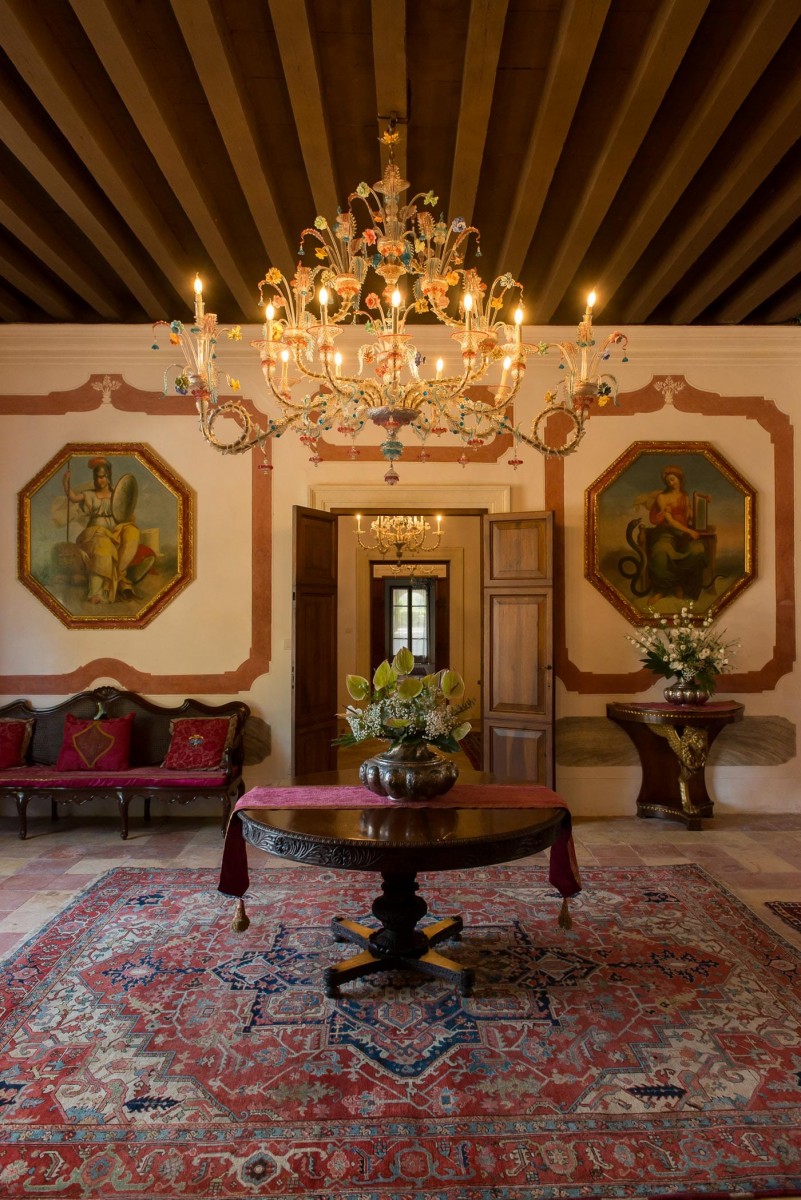 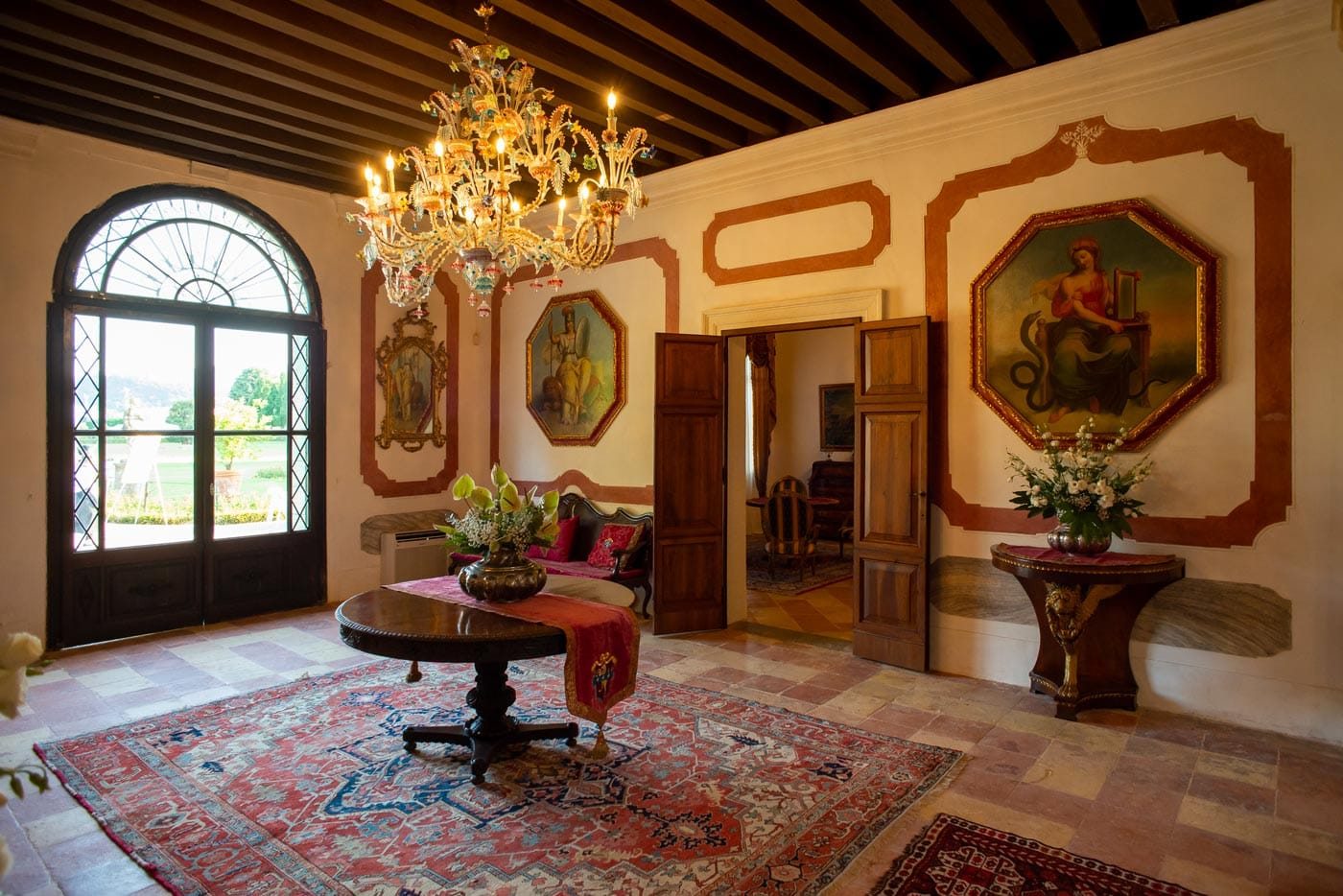 Villa Cavalli is also known as Villa Lugli after the name of previous owners. Villa Cavalli is the emblem of the town of Bresseo and because of this, its history is closely linked to that of the town. The important Fiera on Bresseo, the town’s fair, was and is held in front of the Villa, and for many years the private oratory of the Villa was the only church in the town.The Villa wasn’t constructed all at once: in the first decades of the seventeenth century the central body was first built, and it was later restored, about half of century later, with the addition of the left barchessa.During the second half of the seventh century a second barchessa was added on the right-hand side, while in the early eighteenth century the east wing was added with its clock and its orangery. But let's have a better look at the family’s history to see how all of this occurred.

The Cavalli family, of Bavarian descent, arrived in Italy, and after moving to Milan, then to Verona, they finally arrived in Venice, where Marino Cavalli (1500-1573), perhaps the most famous and known member of the family, held institutional and numerous and important mandates positions of ambassador for the Serenissima, the Venetian Republic. As prominent figure of the Venetian nobility he was able to buy his representative palace on the Canal Grande, now Palazzo Franchetti. When Marino was appointed Studio Reformer (from 1560 to 1562) and later Podestà of Padua (in 1562 and 1563), he probably felt that he needed a representative palace also in Padua. For this reason, he decided to buy some land with a few small houses in “borgo delle Balotte” that is where Palazzo Cavalli now stands, right outside the Contarine gates. Marino was often away from his family, because of his numerous duties as ambassador, so to ensure a stable and secure income he acquired numerous pieces of land, also in Bresseo.

At Marino’s death in 1573, however the Villa and the surrounding lands are not mentioned in his will. His eldest son Sigismondo (1530-1579) succeded him but without any heirs of his own, all the family’s assets were later passed to his nephew Marino Cavalli (1561-1611). Marino lived in the Palace in Venice, and it’s certain that his brother Ferigo (1567 -1618) also lived there. Ferigo, the meantime had accumulated more land in Bresseo, so many that by 1617 he was the owner of 70 fields and of “case teze e cortivi così da lavoratori come da patron…” (different types of housing). In 1609 a fire broke out in the Venetian Palace and because of this a series of disputes arose that led to the departure of Ferigo. Because of this we can almost certainly say that Ferigo died at the Villa in Bresseo since it was reported that his death occurred in a villa. Aside from reasonable assumptions, to have the absolute certainty that Villa Bresseo had been built, we must wait for a 1635 document.

At the time of Ferigo’s death, his eldest son Zuanne (1613-1682) was only a few years old. Because of this the properties then were passed to the cousin, also Zuanne, son of his brother Giacomo. Upon his death in 1635, the Villa in Bresseo is mentioned in the declaration of his widow’s tithe as “house dominicale with 7 fields”, the same 7 fields that still surround the abode. As a fideicommissum the goods returned to Zuanne (1613-1682), the firstborn of Ferigo, which we will find again in Padua, resident in the family palace. In 1665-1666 he was also Podestà and Capitano, and it was he who commissioned the renovation of the Palazzo di Padova and the rich cycle of frescoes on the ground floor to Michele Primon (1680 c.a.).

Furthermore, the two barchessas were not built at the same time: the one on the left was built first, as proven by the beams of the attic that partially obstruct a large window and by the style of the mascarons, similar to those found on facade of the Palazzo Padua. While the barchessa on the right has a very different style, similar to other late 1600s early 1700s mascarons. The existence of a second restructuring phase, that took place between the first and second decade of the eighteenth century, is apparent not only by the change of style of the mascarons, but also by the different characteristics of the decorations. Restorers, during restoration works at Bresseo, noted evident similarities between the swirls that decorate the facade of Bresseo and those of the staircase of Padua, a clear sign that one decoration is inspired by the other, even if they might have been executed by different artists. 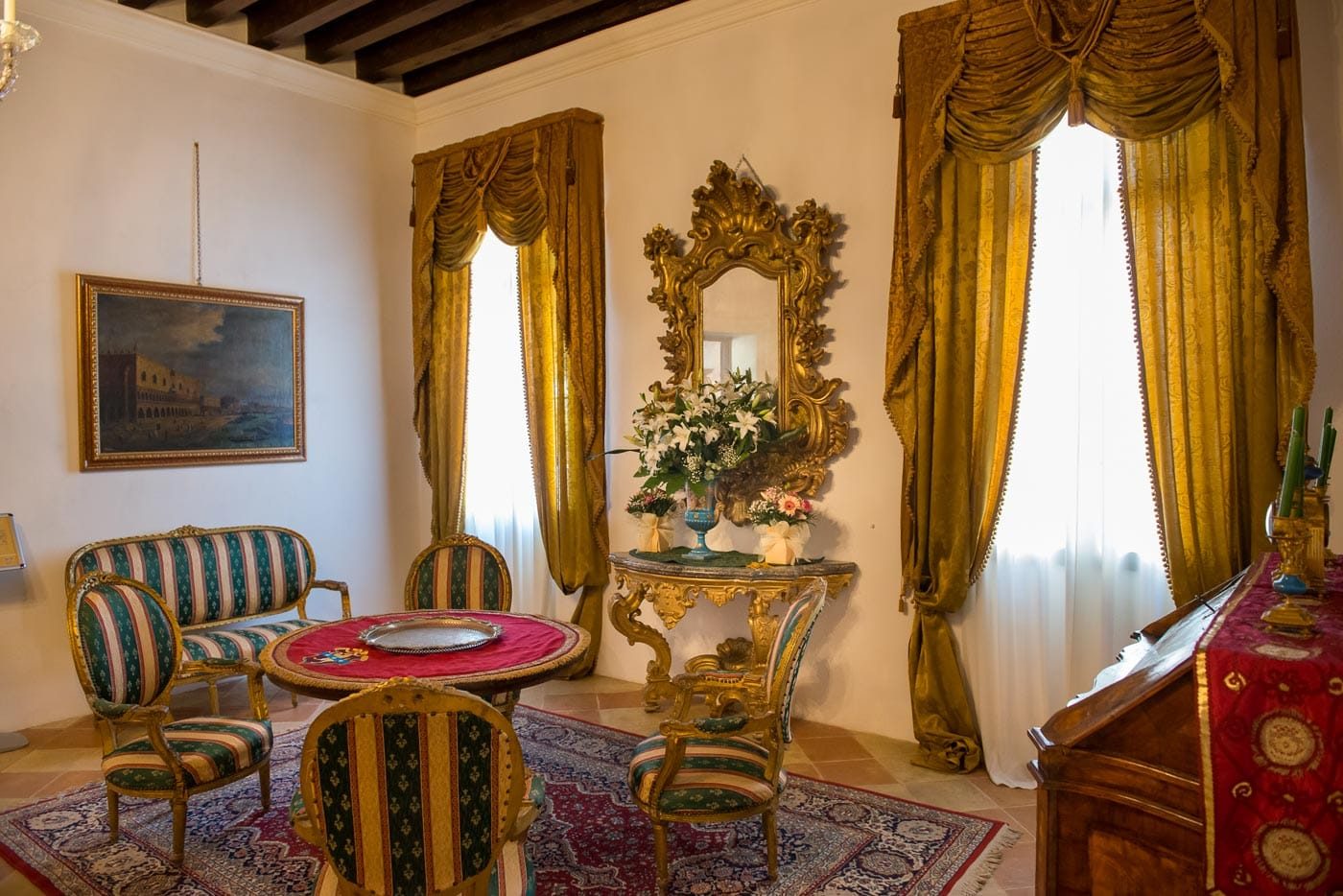 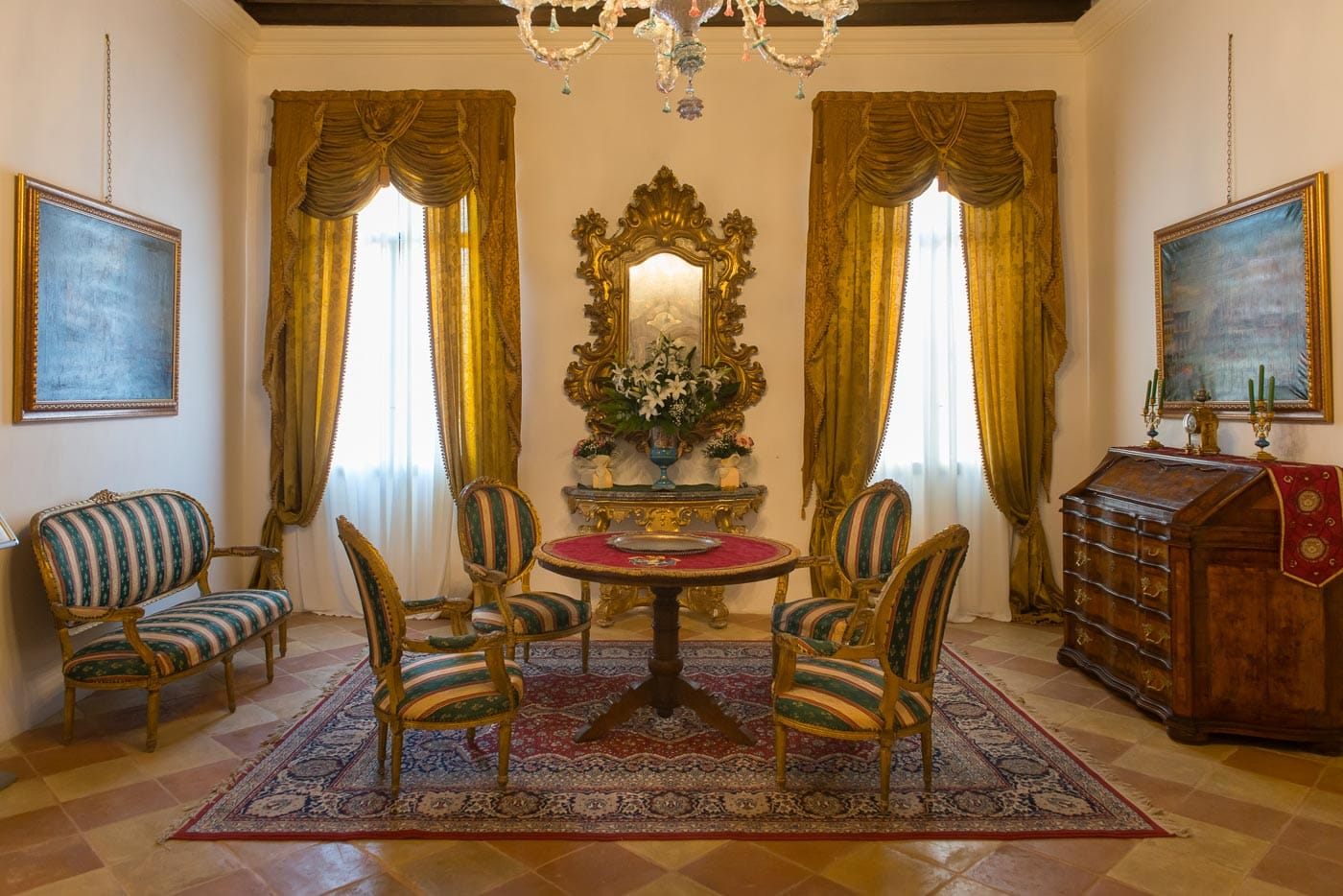 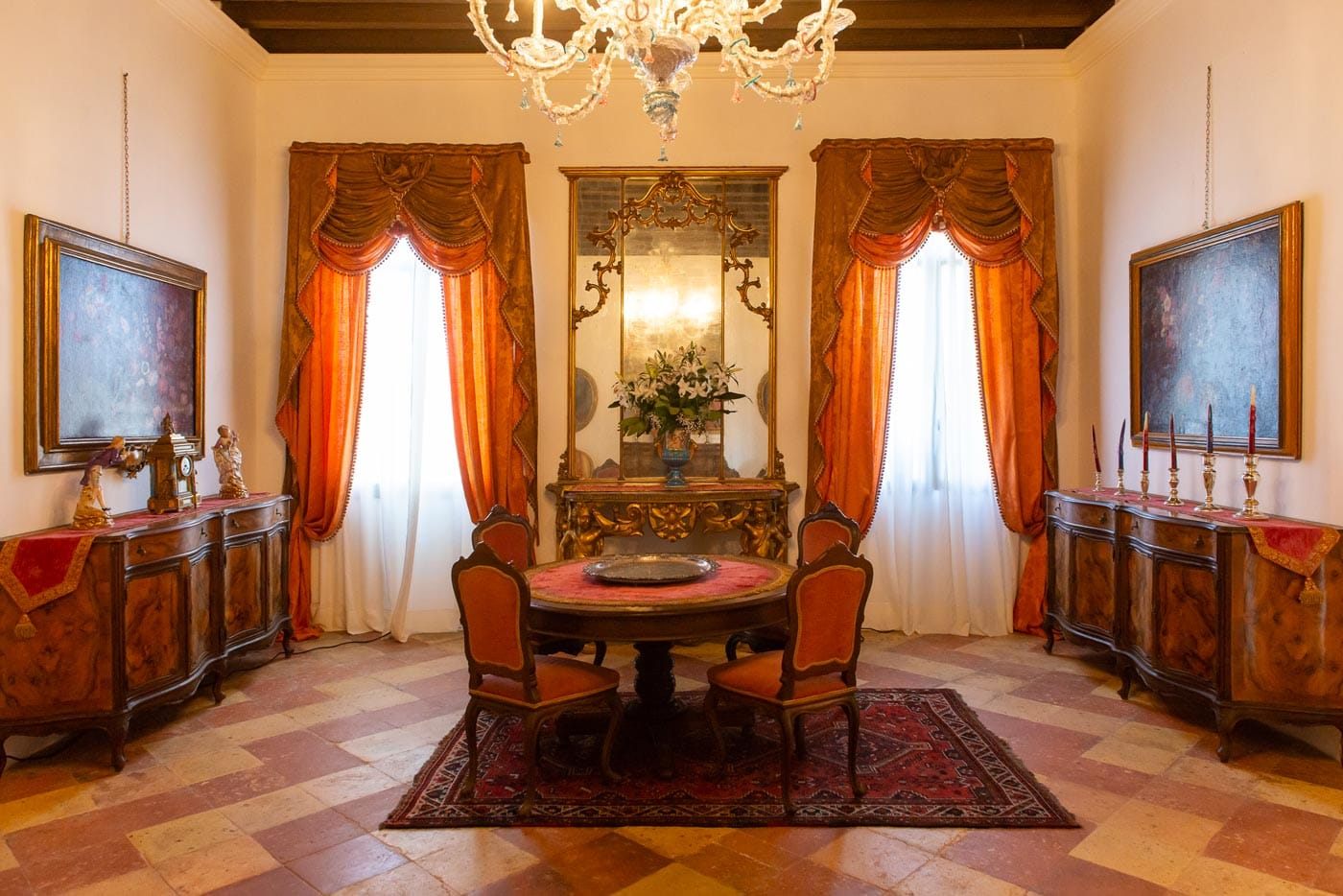 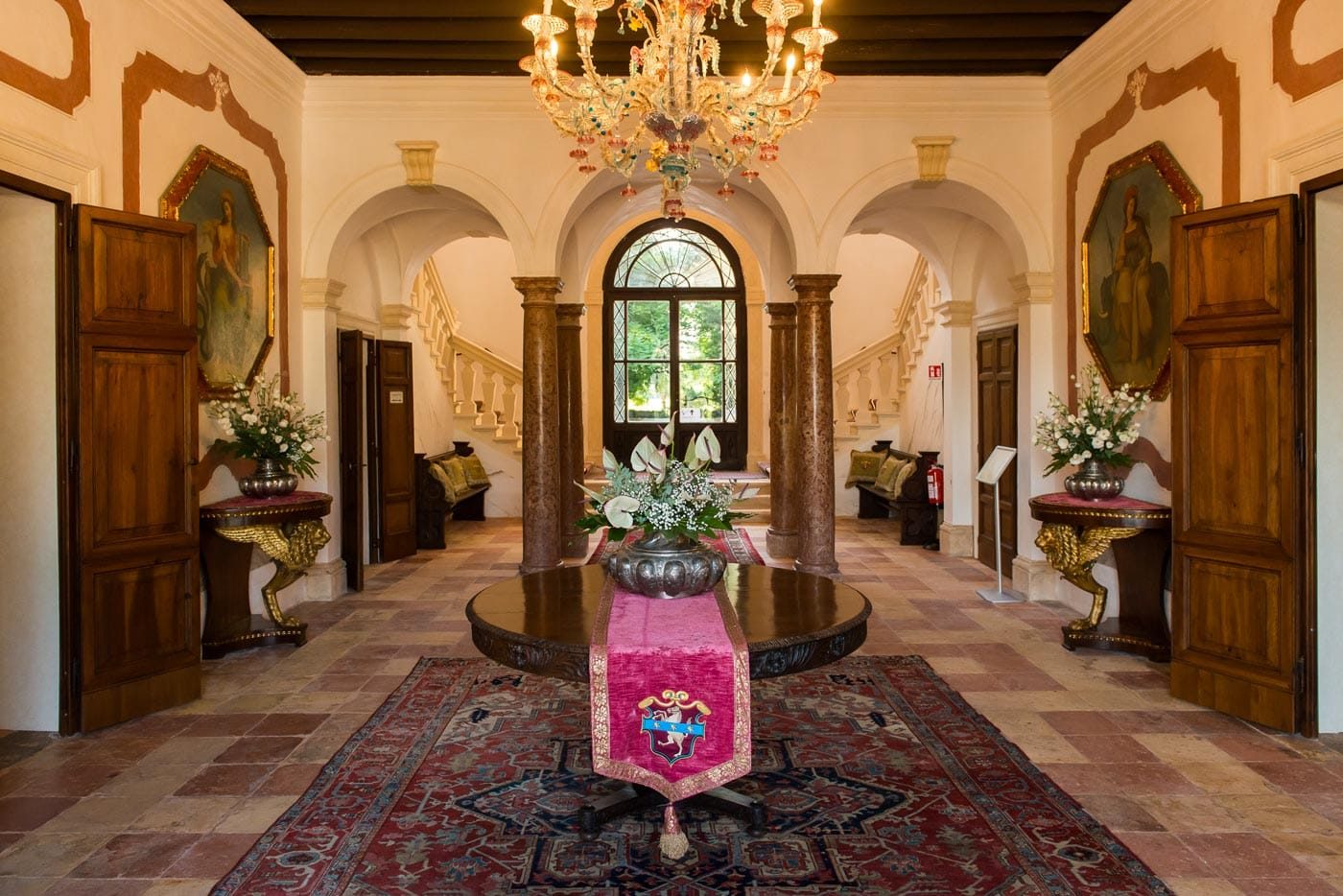 On the other hand, the elegant staircase of Villa Bresseo can instead be grouped with the staircase of the botanical cloister of the nearby abbey of Praglia. Both staircases are based on a specific model built in the Monastery of San Giorgio Maggiore in Venice by Baldassarre Longhena in 1643 which constitutes a unicum in the Veneto region. Benedetto Cannella worked on the abbey of Praglia as a stonemason from 1710 to 1712, and the correspondence between the two staircases shows how there was a sincere exchange of ideas between potential competitor workers, that led to adopting newer and more current solutions. As for the construction of the oratory, placed at the beginning of the left barchessa wing, most studies on the villa indicate that it was added in 1740. There is an actual inventory drawn up in May 1720 which lists the various objects present in the Villa and in the “Chieza” (church) such as candlesticks, crucifixes, tablecloths, chasubles and missals. Undoubtedly there must have been a first oratory before 1720, that must have been built after 1712, when Antonio (Giacomo and Marin Antonio’s father) asked for permission to erect and construct the oratory.

He in fact committed and purchased the famous clock, no longer active today, located at the end of the first and only floor of the wing, built by Giambattista Rodella (1749-1834), custodian and mechanic of the Specola of Padua, who described it in a letter sent to the abbot Alberto Pieropan on 10 December 1784. Because the Cavalli no longer had heirs, in the XVIII century the Villa was inherited by the Giustinians, then by the Forti bankers and then by the Lugli family in the early 1800s. Since 1980 the property has belonged to the Malandrin family.

In Villa Cavalli in Bresseo scenes from two different films were shot: “A Quiet Place in the County” in 1968, directed by Elio Petri with Franco Nero and Vanessa Redgrave; “Your Vice Is a Locked Room” and Only I Have the Key in 1972, directed by Sergio Martino with Edvige Fenech.